Hello all,long time it has been but recently I've had the urge to come back and play once more.
Last time i played was about 4-5 years ago,a very long time,and things have changed and I'd like to prove this to you guys.Have many weeks of talking to DCDarkling he has given permission to be unbanned from the forums and post my appeal.People sit here and read this and ask what has really changed with trademark since the last time he played thats going to make a difference,but 5 years is alot of time for a person to evolve.i currently am married now,and run and manage my one restaurant,and now as of yesterday own my own home. Alot of these things seem pointless to mention,but these event have matured me.The things i did in the past were childish and stupid,things I wouldn't ever do now,and i like to take some time to prove that to you guys as a community.Post your thoughts and questions here and ill answer them honestly and truthfully.

Thanks again for your time once more.
Send PM

+1 I'm a firm believer in everyone deserves a second chance. We're all human we make mistakes, what makes a person stand out is when an individual owns up to their mistakes. For that he has my vote
Send PM

Trademark only ddosd bubba ONCE


Childish mistake on my part thats not who I am anymore.
Send PM 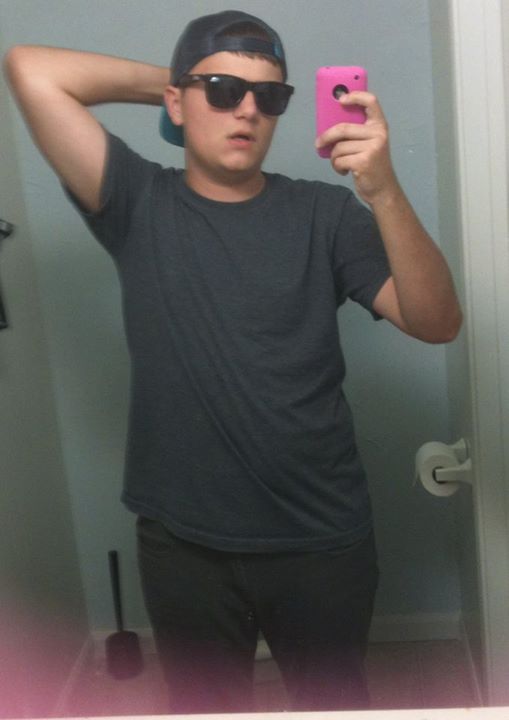 
that is a classic image but


but this definitely more up to date 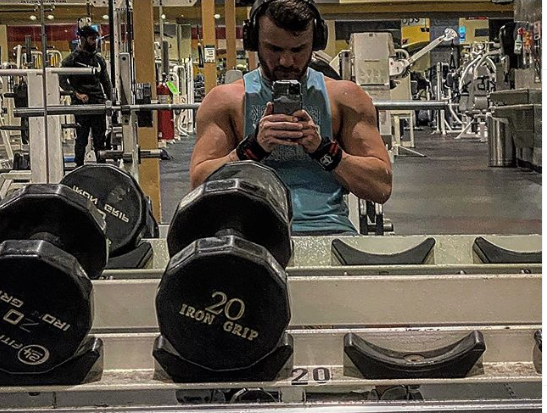 As someone who used to be a professional trainer both in soccer (Division 3 and playoff 2), seeing your progress in 4 years, and dealt as a investigator of several gyms close by for anabolic stereoids in local gyms. I can say congrats to your picture. You've propably grown a few parts, but in 4 years you're still seem to be using the same shortcuts in real life aswell as you did previously in in-game by using cheats (Stereoids this time).

So congrats for growing up more in in-game, but in my eyes you're still a c*nt for taking shortcuts by using roids. And if you're going saying otherwise.. then you're just a bigger fool...

Sure, unban him in the game, considering using roids doesnt affect in-game. But next time you throw a typical "Hey look at me, i've been using roids the past couple years" picture. Think once again.. It's not tolarated the same way as it is in the EU as it is in USA
Send PM

No, you cheated in officials. You don't need people's permission to play ns2 but there's no place in competitive games for cheaters.
Send PM

Don't think there was ever proof of him cheating in officials.

Regardless the rules at the time for cheating was the player would be banned for a season. They'd be allowed to play again but would be required to stream. Rules are different now, but Trademark's ban is for DDOS-ing a troll named Bubba. Both of them were in the wrong in that situation, but Trademark got the shit end of the stick because of that cheating admission. I think a 5+ year hiatus is time well-served to allow him back to our small community. I would stipulate he would have to stream every time he played an ENSL-event such as a match, gather, or tourney. If he suddenly starts shooting like a god, it would be on stream and be pretty easy to tell whether it was legit or not.

I'm not trying to defend him for cheating, but the rules at the time for cheating was a 1 season ban and then allowed back in the league. It did not do much to discourage cheating. Just to highlight this -- one of the most notorious cheaters during Trademark's time was EvilBot, who locked on at 45% acc during a time 35% acc was godly. He was banned for less than 3 months.

Being that Trademark is an admitted cheater, I'm sure he's aware that even if he is allowed back in the league, he's gonna be endlessly attacked for it. The fact that he still even wants to return to that kind of environment shows some character and determination to redeem himself.


I don't know, but NEVER, EVER, not even in the darkest of times, google what ddos is. You hear me?
Send PM
;D


In that case I remove my no vote.
Send PM

As per the ban, two things come to mind.

- One would be that you're unlikely to cheat again because as a known cheat you'd be under MUCH more scrutiny than normal - have a good round and people will be on your back (happens to me all the time ;) )
-Two is once a cheat always a cheat


loMe - I would stipulate he would have to stream every time he played an ENSL-event such as a match, gather, or tourney. If he suddenly starts shooting like a god, it would be on stream and be pretty easy to tell whether it was legit or not.
+1
Send PM

Ok the appeal took me a while but here it is.

Trademark is unbanned and allowed to play again.
Terms and conditions will apply.

Interpretation
The old admin had no preference in regards to the ddos & I was open to do whatever.
Also from what I gathered the injured party did not mind an unban either.

Cheating back in the days was not a permanent ban. So by this rule I can not make it permanent for this specific ban right now.

Result
He will be required to stream/record all his NSL activities. Gathers, matches etc.
Anyone in the NSL can request this footage for investigation.
Further conditions may apply considering his cheating history to help safeguard that he plays clean right now.