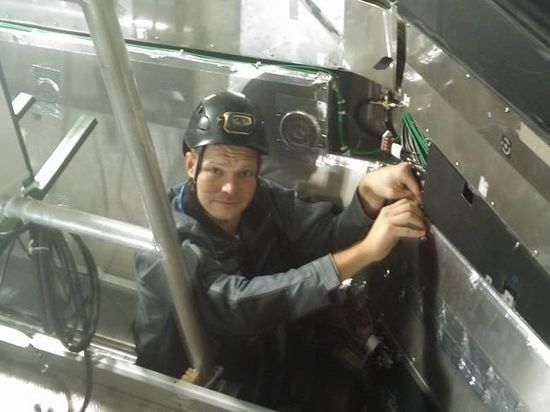 The world is going crazy and the Corona virus is ravaging one country after another. Unfortunately it doesn't stop at our community. Former NS.ru member Danila Tlisov aka top died tonight from the Corona Virus.

He was not only a valuable member and a good friend, as a physicist at CERN he also contributed to the discovery of the Higgs particle. We would like to express our condolences to his relatives and especially to his wife and parents.

Danila was 39 years old. For more than 10 years he worked as a Russian physicist at CERN. When CERN decided to quarantine its staff due to COVID-19, Danila decided to fly back to Russia on March 21 and continue building his house. His condition continued to deteriorate, so he was tested twice for the corona virus. Both results were negative. On April 4, Danila was admitted to a hospital in Moscow due to his condition. Since April 10 he was given artificial respiration.

Danila always had a healthy lifestyle, had no previous illnesses, did not drink alcohol and did not smoke.

I personally have met Danila several times in recent years and am shocked by this loss. The last time Danila visited me with his wife was in February this year. Thanks to ENSL and NS I was allowed to meet Danila and was able to build up a friendship with him for many years, far beyond computer games.

This tragedy shows that it can not only affect elderly people with pre-existing conditions, but every single one of us. Keep to the curfews and avoid unnecessary contact!

You will be sorely missed, Danila

Too young to go, rest in peace.

Rest in peace. That is a way too young age to die. I don't know if there is much I can say. He seemed like a very decent man doing important work. Moments like this make me think if there is something I could do via tech-related skills to help current situation.

Man I wish I was smart enough to do meaningful physics @ CERN.

Rest in peace, and thank you for your contribution

sad wish a lot of strength

I remember playing with and against top back in the day. Didn't know him that well personally, but from what I could tell he seemed a very decent man. My condolences for everyone involved.

My condolences to his friends and family.
To young to go, truly.

Strength to everyone affected by this in these troubling times.

Condolences to his family. What a sad loss.

Rest in Peace, my condolences to all its family and friends.
This is a hard hit, keep yourself safe guys, we need to be strong in this harsh times.

Didn't know he was so cool. Sad stuff :( RIP